They Will Judge Us by Our Ruins

We live in a age when the word “Judgment” has almost become taboo. Nobody wants to be judged, and nobody is allowed to judge anything. But we are kidding ourselves. Judgment happens all the time. It is neither good nor bad, but part of the process of understanding the world. We judge things that are around us. More importantly, we judge what came before us. People from the past cannot speak for themselves. They can’t. Their vocal cords have rotted away. 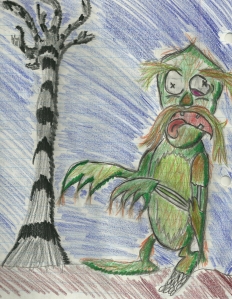 There is no Lorax for zombies.

So we judge previous civilizations based on the ruins they left behind. Maybe this isn’t fair. Maybe we miss some intrinsic quality of their society that is forever gone. But short of a time machine, the ruins are all we have. And even if a time machine existed, I could not responsibly encourage its use. 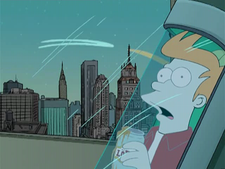 Unless it only goes to the future. Then knock yourself out.

When we think of ruins we usually think of old buildings, walls, and aqueducts. Things made of stone that stand defiantly, as emissaries from another time. Another world. But a ruin can be anything left behind by people who aren’t around anymore. An arrowhead is a ruin. A half-whittled statue is a ruin. Books and works of art of the ruins of the mind that created them. Civilizations are judged by their ruins. And so are individual people.

The ancient Romans cannot speak up and tell us what to think of the Coliseum. Homer can’t rise and interpret the Iliad for us. People are judged in the future by what they leave behind, and they have absolutely no say in what that judgment is. What more is a judgment than a weighted definition? No thing, and nobody gets to define themselves. It is like trying to give yourself a nickname. Or resisting statements made about you. Other people are going to define who you are. This doesn’t mean they are always correct. But the more you try to alter this judgment of you, the more you won’t like what they think. “You are a laborer.” “Actually, I’m an artist.” This counts today. It counted in the past. And it counts for the future. We are living among precedents the legacies. These are the results of the actions of our ancestors. But these ancestors have no control. We determine how we interpret their deeds. For example, when you say, “A man performs an action,” it means a male human is performing the action. When you say, “Man performs actions,” you are referring collectively to the entire human race, both male and female. Some people have a problem with this. They think its wrong. But its just the way our language works. It is a precedent. If you really want to press the issue you’ll have to take it up with the authors of the Old Testament.

But I think you’ll have to wait in line.

People in the past may have been insensitive, or just not thoughtful enough. Both are judgments of the past based on interpretations of today. People in the future will interpret our deeds. We will be judged based on our ruins. Our buildings, our garbage, and the words we leave behind. Maybe our descendants will be proud of all the cool stuff we invented. Maybe they will hate us for, “ruining everything.” Or maybe they will ignore us, judging the lessons of our ruins as irrelevant to their time.

Nobody ever does that!

No matter what our descendants think of us, one thing is for certain. We have no control over what they think. Because we will be dead. But we have no control over what anyone thinks, and yet what they think is important to us. These things I know to be true. Nothing and no one gets to define themselves. You never know what your legacy will be. And you can never take that legacy back.

I wonder if this is how God feels…

← The Perks of being a Sith in Winter
Myths, Legends, and Lies →