Sola scriptura is the Latin phrase that means, “by scripture alone.” Theologically, it means that people should take a singular text, like the Bible or the Silmarallion, and base their entire lives on the words contained therein. If the text commands something, you obey without question. If the texts makes a point, you automatically agree with it. If the text doesn’t mention something, then you are probably better off ignoring it. 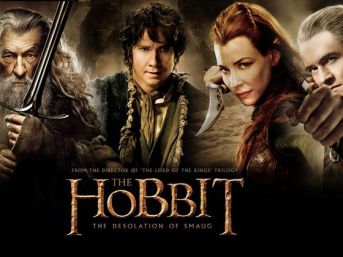 Anything but a strict interpretation of the source material is blasphemy!

And who knows how animals interpret things?

While people who believe in sola scriptura can have a lot of different interpretations of the same base text, they can never admit that the text itself is flat out wrong.

One day I went in to work, I knew I was supposed to be there. But when I loaded the schedule it said I had the day off. Had I followed the schedule, the scripture, I would have gone home without question. “Woo Hoo! The schedule Gods are smiling on me!”

“Give praise to Almighty Excel, Son of Microsoft!”

But things would have gone badly if I had just left. People would have been scrambling to fill my absence. I was not on the schedule, but neither was a substitute to take my place. Following the schedule to the letter may have been good for me, but it would have been bad for many others. How good can that really be?

If you are reading a map that says to cross a bridge, and the bridge was washed out twenty years ago, do you still try to cross anyway? Sola Scriptura says you do. If the truth of a text is more important than the truth of your eyes, then you will probably end up drowning.

“Ok, everyone. I’ll see you all on the other side!

If you are following a guide that shows you how to be good, but it commands you to exclude people or judge them harshly, what should you do? Do you do what a book says is correct, or do you do what your heart says is right?

You should never follow a person, text, or idea that compels you to do bad. Especially if that is the so-called path to glory or righteousness. Scripture is fine, but good people should trust themselves on moral matters more than they trust any book.

If you are supposed to work, then go to work, even if the schedule says otherwise.

If you are suppose to be nice and understanding to al people, then do that, even if your scripture says you shouldn’t.

If you follow scripture and scripture alone, then what is the point of having a brain? Or a heart? Or Courage for that matter.

It is good to have a guide, but you should always think for yourself.

One thought on “By Scripture Alone”