In 2002 a new TV show arrived on the airwaves of the United States. For the next decade, the televised singing competition, American Idol, has been popular and embedded itself in the American lexicon. Since then, many imitators have infiltrated the TV singing contest market. These are all the same, with no discernable differences that can be observed between the competing shows.

This is a shame. Not because it demonstrates the commitment to unoriginality of the American media, but because American Idol had to be the first of these clone TV shows. It is a name that could have been attached to a much better reality show. While the word Idol does mean, “a person or thing that is greatly loved, admired, or revered,” it has another, older meaning. An Idol is an image or representation of a god used as an object of worship.

Therefore, instead of another boring singing competition, American Idol should be a televised contest where people are forced to construct giant stone monuments for Americans to worship. 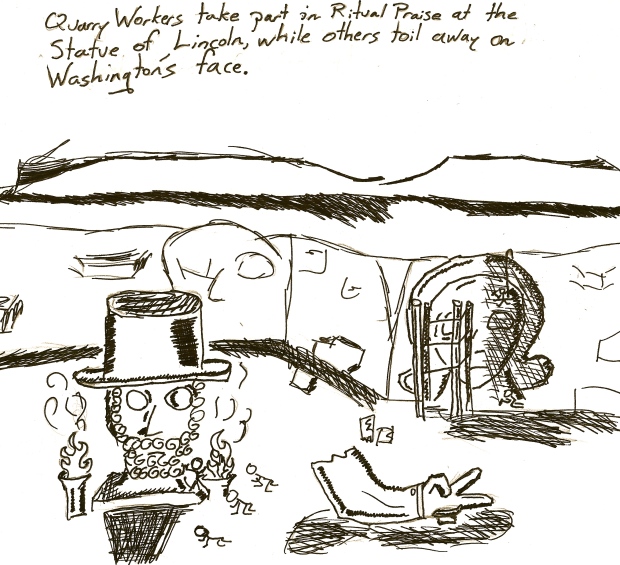