Abusus non tollit usum. “Misuse does not nullify proper use.” In other words, doing something wrong does not eliminate the potential to do the same thing correctly, but everything sounds better when you say it in Latin.

The blade of a knife can make an excellent screwdriver. In a pinch. But using a knife to turn screws will eventually ruin it. Ruining one blade does not ruin them all though. You can always get a new knife. And even if everyone in the world started using knives incorrectly, the proper way to use a knife would still exist.

The idea that misuse does not nullify proper use has applications beyond the world of tools. It is a phrase that resonates all the time, and can help guide us in life. It applies to how we spend our time, where we get out energy, and even our relationship with government.

II. Human beings are constantly surrounded by things that can be misused. In fact, they are so easy to misuse, they are practically asking for it. From the moment we wake up we are called back into the luxury of sleep. It doesn’t matter if we lay our head on a feather bed or a pile of sharp rocks, sleep is something that can easily get away from us.

After we wake up, we have to decide how to spend the day. We can go to work, be productive, and make something of ourselves. Or, we can pursue the easier option, and do nothing but eat cookies and play video games all day.

Sugar and Violence. What more could you want?

We all need to sleep, eat, and entertain ourselves. Doing these things to much does not eliminate these needs. Eating poorly does not wipe away the benefits of eating well. Wasting time does not mean all time forever will be wasted. Misuse does not nullify proper use.

Today, we need electricity to fuel our machines just as people in the past needed grain to feed their horses. 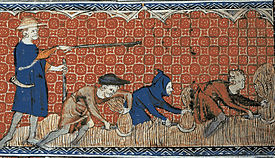 The proper uses for electricity are abundant. We use it to power computers and pacemakers and make sure we can see in the dark. Just because some people think its cool to use electricity to steal from or hurt people doesn’t mean electricity is inherently bad.. Misuse does not nullify proper use.

This applies also to where our electricity comes from. Nuclear power provides the greatest amount of bang for your buck, yet it also has the power to unleash mass destruction.

Using nuclear energy to annihilate your enemies is not the right thing to do. But even the benign generation of electricity can be done incorrectly. Inattentive workers at a nuclear power plant caused the Chernobyl disaster, the poster child for nuclear fear.

Part of a Soviet-Springfield Exchange program.

Just because some people want to use nuclear energy for war, or can’t stay awake long enough to keep their reactor from melting down, does not mean there is no place for nuclear energy. A meltdown does not destroy the possibility for massive amounts of the green energy we’re always hearing about. A bomb does not eliminate the potential for a nuclear-powered rocket ship. Misuse does not nullify proper use.

IV. The phrase helps us with our habits and our resources. It also applies to our relationship with our overlords.

Unless you are part of a government, chances are you live underneath one. The rulers of society have more opportunity than most to misuse their power. People in government can cut deals for their friends, pocket public money, and make a mockery of their oaths to public service. It doesn’t count if your fingers are crossed.

But while there is obvious misuse of government power, there is also an obvious need for it. We need roads. We need oversight. And most importantly, we, the huddled masses, need someone to blame when things go wrong.

The only thing worse than living under a corrupt system is living under no system at all. Anarchists, like atheists, are always upset because they unwittingly stick themselves with all the responsibility.

But none of us need to be Atlas. Yes, the government may put incorrect burdens on the people, but that doesn’t mean it can’t serve to relieve us from burdens as well. Misuse does not nullify proper use.

V. Indeed, Abusus non tollit usum. However, we should keep in mind that the opposite is true. Proper use does not nullify misuse. Constant vigilance is required if we are to protect ourselves from the disasters of malice and neglect.

Yet these disasters probably have a proper place themselves. One bad apple may ruin the whole bunch. But a bunch of bad apples is the beginning of deliciously intoxicating cider.

← How to Live Forever
Apology for an NPC →