Since I was a wee child, I have gone to the dentist at least twice a year. Sometimes more for the inevitable filling appointments. I had braces, and went many times to the orthodontist’s office. Anyone who has been to see an orthodontist, and is honest, will admit they are just fancy dentists. All in all, I have spent countless hours in the dentist’s chair. It has always been weird, and it never gets any less so. A dental appointment is like a combination of going to the doctor, going to church and alien abduction.

The similarities between the dentist and the doctor’s office are straightforward. Both involve filling out forms, and then some more forms, and then a few more for good measure. And then you begin the exciting task of waiting. Waiting rooms are all the same, A few uninteresting magazines, some dusty toys, and other people who have been waiting longer than you.

And at both the doctor and the dentist everyone signed up to be there. You have to make an appointment for the privilege of filling out forms and waiting.

In both places you are expected to do penance. At church you make up for your transgressions by sitting through the service and maybe talking to people at the end. A good show of fellowship. At the dentist, you serve penance by sitting as still as possible while you are tortured with sharp instruments and suction devices. You can’t lie about your brushing habits while the dentist’s bright light is bearing down upon you.

Both Church and the dentist involve fear. What is going to happen to me if I don’t do what I’m told? What happens if I sin? How much will I suffer for drinking soda?

The difference is, God might send you to hell for sinning, but He would never put you through the same torture as the dentist. God wouldn’t, but aliens might. 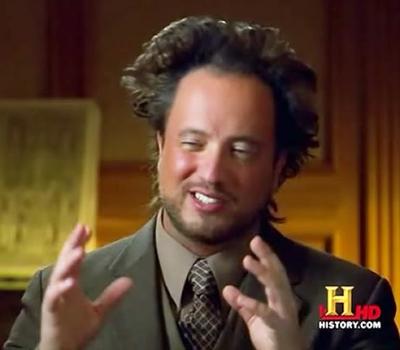 “Did somebody say Aliens?

Dental appointments have a lot in common with alien abductions. Both involve bright lights, sharp instruments, and looming faces. Plus, the woozy feeling afterwards. And if can seem like you are missing time after visiting the dentist. Nobody believes when you report that aliens have abducted you, and people don’t seem to believe in dental appointments either.

“Why weren’t you at work yesterday?”

“Dentist, huh? I didn’t know you had teeth…”

Going to the dentist, no matter how many times you’ve been, is always a strange experience. It is like a combination of the doctor, church, and alien abduction. Still, I’d rather go to see Doctor Pastor Alien than get a haircut. At the dentist, at least you have an excuse not to talk!

But they still know what you’re thinking.