Everything that is, will be, and ever was exists as a part of the universe, but is this the only one? Is our universe all alone, or does it exist among an infinite number of parallel universes? This multiverse idea is quite popular. It is the stuff of science fiction and serious physics. If the multiverse is indeed real, what does that mean for us as individuals? The idea of the multiverse gives some people hope, but if the multiverse is real, it can also be a reason for despair.

In order to understand the downside of the multiverse, it is helpful to think about the industrial revolution. During the 19th and 20th centuries, humanity saw a dramatic increase in production. We went from an agrarian civilization that sometimes uses machines to a mechanical civilization that still happens to need food. As a result of this transformation the lifespans, standards of living, and amount of stuff available dramatically increased.

As well as the available amount of garbage.

One of the driving forces of the industrial revolution was the development of replaceable parts. Before, if you wanted to build a machine like a piano or a printing press, you had to start from scratch. You had to build every piece before you could assemble the larger machine. As a result, all of the components were themselves unique items. If the keys on your piano were broken, you couldn’t just swap them for the keys in your neighbor’s piano. They wouldn’t work. If a piece of your printing press broke, you couldn’t just steal the part off of the rival newspaper’s press. It wouldn’t fit in your machine.

With the development of replaceable parts all of this changed. Now it is easy to swap the broken parts of one machine for the functional parts of another. They don’t even have to be the same type of machine. For example, you can use the same AA batteries to power a myriad of different devices.

What does all of this have to do with the multiverse and human individuality?

If you think of the multiverse as a cosmic machine, then everything existing within, including us, can be though of as a component of that machine.

Could we steal the parallel organs for ourselves?

If something happened to Captain Kirk, and Starfleet found the mirror Kirk, shaved off his goatee, and sat him in the captain’s chair, would anyone know the difference? They have replaced the Enterprise plenty of times. Why not replace the captain?

Or better yet, the entire crew!

If there are infinite versions of everyone out there, how can anyone be special?

When I was a kid, I used to watch a TV show called Hercules: The Legendary Journeys. It was a cool show starring Kevin Sorbo as Hercules, who adventured around 1990’s style Ancient Greece. He travelled with his best friend and sidekick Iolaus, and together they had a tremendous time saving villages and vexing gods. Until one day Iolaus died. It was all very sad, for a little while. Then Hercules traveled to an alternate world, and found an alternate Iolaus who hadn’t died yet. So he brought this Iolaus home with him, and suddenly his best friend was back. It was like Iolaus had never died.

But he did die. The new Iolaus was exactly the same. He was so similar that Hercules seemed to forget about his old buddy, like he was no more than a component to be replaced. 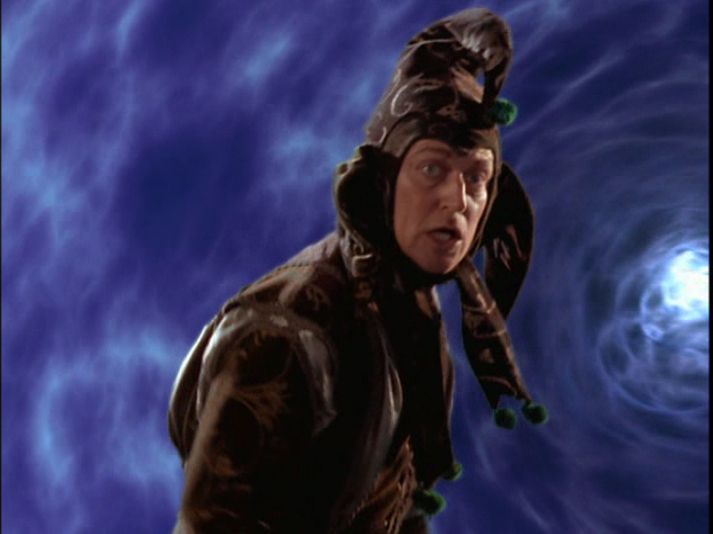 At least Iolaus II got to wear a cool hat.

If I died, but another version of me took my place, would my friends and family forget me? When you replace a dead battery, do you remember all the batteries you have thrown away?

Of course all of this is highly speculative, and the multiverse theory does offer some benefits. Maybe a version of your lost loved ones is still out there, so in a way they aren’t really gone. Then again, if there are infinite versions of every individual, does any individual have any value at all?

“So long as I have more value than you, I’m happy.”

← The Good LIfe in Three Steps
Tips for Self-Cultivation →

3 thoughts on “The Multiverse, Replaceable Parts, and Human Individuality”