In order to understand things, it is useful to compare them to other things. Apples may not be the same as oranges, but an honest comparison can help us to learn about both types of fruit. The most difficult thing to understand is life itself.

The word “life” can mean a least two different things. One is life in the biological sense. This meaning of life is concerned with cells, organisms, and the chemistry that drives them; life as an object. This is the “life” we mean when we are searching for life on Mars. This article is not concerned with life as an object. Rather, we are speaking of the other meaning of “life”: Life as an experience. What is this process we are all going through? How can we make sense of the things that happen to and around us? What, if anything, can the experience of life be compared to?

Lately I have been thinking life is like a TV show. An extremely long-running TV show, where every day is like a new episode. And there are no re-runs.

Most of the episodes of life are the same. Every day you wake up, do things, and go back to sleep. There are regular characters you interact with often, and recurring characters you don’t see quite so much. Most of these days/episodes are self-resolved. There is the episode where you pay your taxes, and the episode when you clogged the toilet. These conflicts are resolved quickly, and you move on to the next day and a new set of problems.

Some days/episodes present longer story arcs. There could be a series of episodes where you, the main character, are dealing with an illness. There could be whole seasons that feature a tumultuous relationship with a special guest star. Even though certain conflicts can crop up and last a while, the main parts of the show remain consistent. The setting and the main cast are the same. The types of things that happen are fairly predictable.

“I wonder if they’re gonna catch the bad guys?”

Like all long-running TV shows, our lives can become quite repetitive. Every day is a new episode, but many of the episodes are essentially the same. The doctor cures an illness. The starship captain meets aliens. The janitor cleans toilets. Good Lives are like good shows. You keep watching and enjoy it, even though you have a fair idea of what is going to happen.

We have all seen shows that have been rebooted. Big changes are the reboots of our lives. Sometimes they bring welcome rejuvenation to a narrative that has become stale. Sometimes a reboot can ruin a show that was perfectly fine. Like a mere audience member, we can’t really control when our lives are rebooted, or what the nature of the changes will be. All we can do is keep watching, and hope the cosmic producers haven’t made a terrible mistake. 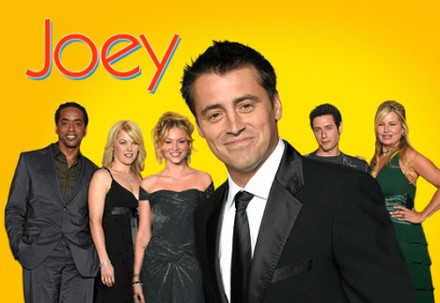 I’d rather be a bad reboot than a bad spinoff.

Sometimes we don’t like it when our favorite show is rebooted. Your favorite characters may go away, or the new set-up might have a tone that is unappealing. Many times we don’t like it when our lives change, either. Unfortunately, we can’t just keep watching the same show forever. Even if we could, the powers that be would not allow it. The Simpsons has been on the air for nearly three decades. That’s longer than a lot of people’s lives. It has gone through numerous changes. Some popular, others not so much. And, like all shows and lives, it will eventually end. All good things, and all of that.

Life is like a TV show. Every day is an episode. Sometimes our lives reboot and it is great. Other times we don’t like the changes.

Is it better for your favorite show to go through some unpopular changes, or just be cancelled completely?

I wonder how much money he makes?

← To Control Others, or Control Yourself
Two Smart Mistakes →