Twelve Traits to Live By

We live in a complex world, full of data and decisions that can be overwhelming. In order to deal with this excess of stimulus, human beings have developed tools and skills that can help us obtain mastery over the more confusing parts of reality. There is no more powerful tool in our arsenal than the humble list. Lists are popular and useful, as anyone who has spent any amount of time on the Internet surely knows.

There are many kinds of lists. Some lists lay out the necessary steps to achieve a future goal. Other lists let us know what we need from the grocery store, so we don’t end up using paper towels for toilet paper. And who doesn’t keep a list of their enemies names stuck above their bed to gaze at as they fall asleep?

But the most powerful lists are the ones that offer guidance in how to live our lives. Codified laws, like the Code of Hammurabi or the Ten Commandments are little more than lists. Influential lists that offer sage advice, but lists all the same. Of all the lists out there, the religious dogma and civil decrees, there is a set of twelve traits that ought to take precedence over all others. Twelve traits to live by.

There are a lot of ways to assign value to a person. Maybe you care about the skills they have, or the wealth they have obtained, or the people they know. When it comes down to it, though, a person is really only as good as their word. All the treasure in the world won’t make you trust a known liar. A stadium full of powerful friends cannot wipe away a betrayal.

As a human, the words you say are one of the few things you are truly, completely responsible for. And words are one of the few things in the known universe that are completely irrevocable. You can never take them back, so watch what you say and save yourself some regret. Plus, if you don’t make a habit of saying things you don’t mean, everything you say will have more meaning.

Even Elephants know this.

Trustworthiness is to words what Loyalty is to action. Loyalty is any act of allegiance, whether it is to a person, a place, an ideal, or a thing. It is something that should never be given lightly, and only under the most extreme circumstances be taken away. We don’t all have to be loyal to the same things. I am loyal to my family, but I understand that some people have crappy families that don’t deserve that kind of devotion.

We don’t all have to be loyal to the same things, but we should all be loyal to something. The act of giving ourselves completely to a person or even a thing allows us to step outside our own wants and needs. It provides perspective, and only through such perspective can we really determine who we are and who we want to be.

There are some truths that cannot be rationally dissented with, whether we want to admit it or not. Among these truths is the fact that every single person will need help at some point in their lives. Even the most self-determined, capable, god-like person couldn’t pull himself (or herself) from his (or her) mother’s (or father’s) womb. 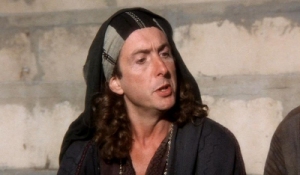 Respect his right to want to have babies.

We all need help, so be helpful.

It is difficult to be helpful without being friendly. Difficult, but not impossible. You can help people out and be mean about it, like spitting in someone’s face after you pull their truck out of the mud, but that will defeat the purpose. If you are mean, people will hate you, no matter how helpful you are. That’s why automated computer systems can make us so mad sometimes. They are infinitely helpful, but not friendly at all.

Being friendly can help you make friends. Friends are nice to have. They invite you to parties and sometimes even give you gifts. But, more importantly, being friendly prevents you from making enemies. While there is a certain power in having, or being, an antagonist, a single enemy can ruin your life.

It is much better to smile and be nice. Over time, this gets easier, and before long you will be able to show friendliness to the most trying and annoying individuals. You can even secretly plot against them and they’ll never know, but only if you’re friendly. 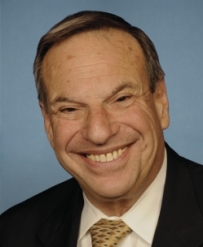 Theres friendly. And then there’s too friendly.

In the year 1528, Baldassare Castiglione published a book called, The Courtier. In it, he described all the appropriate behaviors for a Renaissance person in or aspiring to join the noble court. If one followed the instructions in Castiglione’s book, behaved the right way and said the right things, they could rise above their station and mingle with power and influence.

Courtesy is this behavior of the court, but is simpler than it sounds. Courtesy is just having good manners. Don’t swear in polite company, don’t belch at the table, say “please,” and “thank you” and “excuse me” and the power of the Courtier is yours. Society is bright and full of opportunities for wealth and advancement for the courteous. Not so much for people who are rude.

So, through good manners we can catapult ourselves into better, higher, more powerful positions. Theoretically. But what do we do after we get there? There is only one correct answer, and that is to be kind to the people around us.

There is an unspoken benefit for the person who is kind. Of course, they should show kindness because it is the right way to be, not in a quest for some kind of reward. When a person is willing to give things away, he is no longer afraid of losing them. Less fear in your life is a good thing, no matter who you are. Plus, it keeps you from becoming this guy.

One of the very best pieces of advice I have heard in my life came from the first episode of the TV show Futurama. The main character, Fry, is upset that he is going to be assigned a job he doesn’t like. His attention is directed to a poster with the poignant phrase… 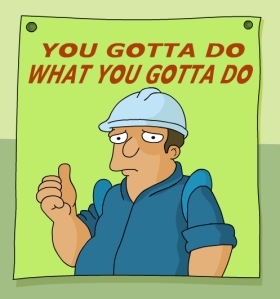 This is the essence of what it means to be obedient. Sometimes you don’t want to follow orders, or go to work, or feed your children, but in most of these circumstances you really don’t have a choice. Refusing to do your duty not only makes you look like an emo teenager, it also makes everything worse for everyone involved.

And it is only through obedience that we can learn how to command.

Although, even if you don’t want to do something, that doesn’t mean you can’t be happy about doing it. Happiness is something that comes from within ourselves as much, if not more than it comes from without. One of the keys to achieving happiness, whether you are cleaning out septic tanks, waiting in line, or having a fun day on the beach is facing every activity with a cheerful attitude.

Look on the bright side…

True cheerfulness is a hard thing to come by, but when it does present itself the feeling spreads faster than Yersinia pestis. By choosing to be cheerful, you can be patient zero of a happiness plague. 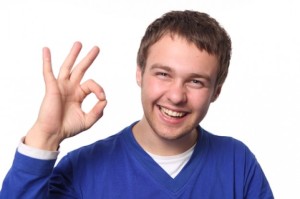 Get that man in Quarantine!

Thriftiness is not a trait we hear a lot about these days. It means to be careful with your money or other resources. Not to be wasteful, even if said resources are in abundance. Thriftiness, though, is not the same thing as being cheap. A cheap person cuts corners to save costs. A thrifty person, through proper management, makes sure no corners ever need to be cut.

Thriftiness is resourcefulness. It should be no surprise, then, to learn that in more archaic meanings of the word, to be Thrifty also meant to be strong, healthy, or prosperous. Proper resource management and prosperity go hand in hand in all things, from statesmanship to cattle grazing. From hot-wiring cars to diffusing bombs.

I must start this part of the list with a caveat. While the word “brave” gives this list a certain rhythmic appeal when stating all the traits out loud, I believe Courage is a better trait than bravery. There is a subtle but distinct difference between the two words. Bravery is the absence of fear, while courage is action performed in spite of fear. Fear is like a barbarian horde raging at the gates of the mind. It is easy to hunker down behind the walls, but no one can hold out in a siege forever. Eventually Fear will sweep through along with its friends, depression and despair. With Courage, though, we can sally forth. Courage allows us to take the battle with Fear into the field, and maybe even reclaim lost territory. Sort of like RISK, only with emotions instead of armies.

This is not a complex trait. It can be summed up quite easily. No one likes a person who smells bad. If you, dear reader, are the type of person who refuses to wear bathe and deodorant, and you don’t care what anyone else thinks, then good. Because nobody likes you.

Reverence is the feeling of deep respect and admiration for a person, place, thing, or even idea. Many times it is associated with religions. People revere their God and their rituals. But people also revere state institutions, talented artists, and comic book characters.

You don’t have to believe in something in order to show reverence to it. Reverence also means that, even if you don’t buy into a particular religion or like a certain way of living, you understand that it means something to other people. Therefore, it is not completely useless.

There is a time and place for irreverence, to be sure, like during a piercing satire or when you make jokes about going to the bathroom. But when you show respect to others, and the things they hold dear, they will probably show respect in return. And maybe then they will respect you simply as a wise and thoughtful person. 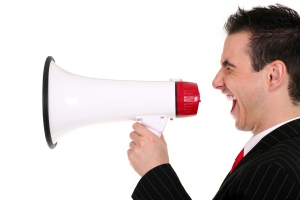 And then you can try and convince them they’re wrong.

Some of you may have noticed that together, these twelve traits make up the Scout Law. But you don’t have to be involved in Scouting for them to be beneficial. No one can ever be all of these things all the time, but we should all aspire to be. Keep these twelve traits tucked away in the back of your mind, or stash them in your pocket with your change and your shopping list, and you will be better off for it.

← Old Scholarship and the Secrets of the Cliff Dwellers
Emotions: Fight Fire with Water →