That being said, I think maybe if they raised the stakes a little bit higher, I might actually be compelled to take the test and audition for the show. The show is called Jeopardy, but it’s really not all that dangerous.

As long as Alex is happy, you should be fine.

I say they should change the rules. If you win your first game, then you are a champion. You get to play until you lose, keep the money you win, and go on with your life. So that is just the status quo.

However, I say if you lose on your first appearance, that is to say if you place second or third, then you are put to death. Ideally by the same laser gun that makes the “daily double” sound effect. 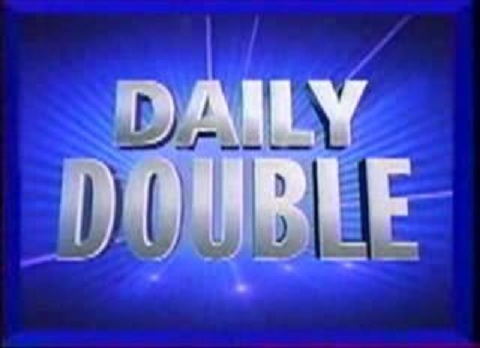 I bet you didn’t know that sound is a laser gun.

This might sound harsh, and I suppose it is, but it makes sense for any true Jeopardy devotee. The only thing worse than losing on your first appearance is death itself. But at least if you’re dead, you can’t beat yourself up every day over what might have been.

And if it sounds to brutal to you, then you are free to appear on Wheel of Fortune with all the other weaklings.

Whoa, that show has changed a lot, too.

← Viking Anxiety
The Future of Food, and Clothing →