The Future of Food, and Clothing

Tortillas are an amazing food. They are light and fluffy, and yet strong enough preserve the structural integrity of the heaviest burrito. Tortillas have spread to every part of the world, filled every niche, and enhanced cuisine from all kinds of disparate cultures. Tortillas form the backbone of tacos and burritos. They can steal the show from pizza when you cover them with cheese an pepperoni. And they are great treats all by themselves. You might ask, “Where else can tortillas go? What else can they be?” I say the areas of opportunity for tortillas are huge. Especially if we can make the tortillas themselves much bigger. 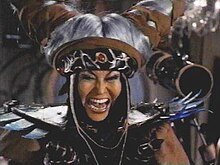 I have a recurring problem in my life. Every morning, around 2 AM, I am awoken by hunger. Even though the hunger is great, it is still overpowered by laziness. It is easier to go back to sleep then get up and eat something. Then I wake up later with a terrible headache. You know, the kind you get when you are starving.

Sure, I could just go eat something at 2 AM, but that is a difficult thing to do when you’d rather be sleeping. My problem would be solved, though, if someone would just invent a blanket made from tortilla.

A tortilla-blanket would be amazing. Soft and warn to wrap up in like a human burrito. It would probably be more comfortable than most actual blankets.

We are obviously talking about wheat flour tortillas here. Not corn. Never corn.

The real value of the idea is, if you wake up hungry, you can just eat your blanket. That would be great. The next night, just pull out another giant tortilla from the bag to wrap up in. If I had a tortilla blanket, I would never wake up hungry.

Now, I don’t want to hear about all of your “practical concerns” regarding the tortilla-blanket. I don’t care that no grocery store would stock blanket-sized tortillas. You would buy tortilla blankets at Bed, Bath, and Beyond anyway.

I don’t want to hear about tortilla crumbs in the bed attracting vermin. That is a problem, but I don’t have a solution. I don’t want to think about it.

Most of all, I don’t want to hear that eating a tortilla soaked in nocturnal sweat sounds disgusting. It is disgusting. Though, its not like it would be someone else’s sweat. Sleeping in a giant tortilla is perfectly acceptable. However, I am willing to admit that sharing a tortilla-blanket with another person would be a little weird.

Basically, all I want to hear is, “The tortilla-blanket is an awesome idea that everyone should adopt as soon as possible.”

I think tortilla-blankets can save the world. And it would lead to the next great innovation in tortilla technology.

The tortilla-blanket solves the problem of hungry nights. What if you are out and about in the middle of the day and suddenly feel puckish? Enter: The Tortilla Poncho.

This is really just a tortilla blanket with a hole cut in the middle so you can stick your head through. If you feel hungry when walking or working or whatever, you can just tear off a piece of your tortilla poncho for a little snack. I doubt the tortilla poncho would be allowed in movie theaters or stadiums. They have their own snacks to sell. Then again, they could make special promotional tortilla-ponchos for big movies like Star Wars. And you know there are a lot of idiots out there who will buy anything with their favorite football team’s logo on it. Even if it is a piece of clothing that is made from perishable food.

The tortilla-poncho would be the height of wearable, consumable, technology. Just remember to wear something underneath it, in case you get really hungry.

← Real Jeopardy
You Are Who You Vote For. →