Just about everyone has to talk to someone else at some point in their lives. And I don’t mean talk about grand designs and great problems. At some point we are all forced to talk with someone about things that don’t matter at all. Sometimes it is to be polite. Other times it is to kill time. No matter how it happens, making small talk is as an inevitable experience in this world as filling out paper work and standing in line. When conversation is upon you, and you’re not sure what to do, it is good to have an understanding of inertia.

In physics, inertia is the tendency for physical objects to resist any change in their current state of motion. Objects at rest stay resting, and objects in motion keep moving. A giant boulder that is already rolling will be easier to move than one that is standing still. The concept of inertia applies to areas that are well outside the realm of physics, including human conversation.

“Oh, Pharaoh isn’t dead yet. We just put him in there because he wouldn’t shut up about his boats.”

In conversation – speaking up and staying quiet seem to be a lot like motion and rest. This has led me to ponder some questions.

Are there times when we are being kept quiet, like we are poised at the top of a hill with an abundance of conversational energy, but there is a wedge preventing us from rolling down?

Are there forces out there that are trying to keep us talking, like a rusty old car that is being pushed along against its will?

If conversation can be seen as a matter of physics, then why are physicists so often bad at conversation? They might say that physicists are trained to deal with objects, not people. I say, people are objects too! 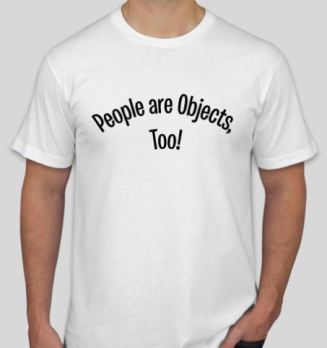 That’s a great slogan for a T-Shirt.

← The Lion, the Fox, and the Human
Who Really Cares About the Sanctity of Life? →