How to Judge a Civilization (In Five Easy Steps!)

Strategy games are complex simulations that allow the player to re-live historical events. In these games, the player selects a faction to guide through scenarios while competing with other factions. These scenarios range in scope from presiding over specific battles to ruling an entire civilization. The factions in these games all have different traits and characteristics, and it can get quite confusing sometimes. Thankfully, they all come with elaborate charts and statistics to help differentiate one group from the other.

Human history, like many of these games, is the story of various civilizations. No civilization is inherently better than another, but they do possess unique strengths and weaknesses. While strategy games can get confusing, keeping a grip on all the civilizations that have played on Earth is a monumental task. How are we to classify real-life civilizations? Should it be based on language groups, dietary habits, or attitudes toward hats?

In the 1950s, Anthropologist Clyde Kluckhohn and his colleagues developed a method to classify any group of people. It is called the Values Orientation Theory, and is based on five criteria: Human Nature, Man-Nature Relationship, Time, Activity, and Social Relations.

Classifying civilizations can be done easily, and responsibly, by following the Values Orientation Theory. And it’s less frustrating than an actual game of Civilization.

In order to understand people, we need to know what they think of other people. The first criterion used to classify civilizations is their view on human nature. Are people basically good, with some evil bits? Or are they mostly evil with chunks of good every so often? A civilization’s view on human nature effects everything they do. A society that believes in a good human nature is more likely to invest in public infrastructure, but may be ill-equipped to deal with unfortunate necessities like crime and punishment.

Societies that views humans as intrinsically evil feel the need to burden their people with guilt. They have systems in place to prevent fraud and corruption, and everyone is always looking over their shoulder. Civilizations that believe man is evil may excel at war and commerce, but leave much to be desired in other, arguably more worthwhile pursuits.

A civilization does not have to choose one or the other. There is a third option. They may decide that human beings possess a mixed nature. Not all good or evil, but equal parts of both. Civilizations that take on this view can have all the hope and optimism without naivety or its consequences. They can have strength without cruelty. And they have an even greater power: the ability to change their minds.

We don’t really want these anymore.

After sorting out how they feel about people, a civilization can then determine how it feels about the rest of the world. The second criterion used for classifying civilizations is their relationship with nature.

The first option is to live in complete subordination to nature. People who believe in this arrangement are, perhaps, the most rational of us all. We all live under the rule of nature. The seasons tell us when to plant or harvest. A flaming meteor will tell us to evacuate.

Societies that believe in complete subordination to nature have a few advantages. They rarely experience the same bouts with overpopulation and resource scarcity as other groups. They also hold a deep understanding of the material world. The kind of knowledge you can’t get from books or laboratories. There are also drawbacks. Subscribing to the rule of nature can have the consequence of removing human agency. Thousand of years of tradition can be wiped out by a drought or a plague. Especially if no one thinks anything can or should be done about it.

There are civilizations that believe nature should be subordinate to man. “Screw nature,” they say. “We should be able to do whatever we want.” While these civilizations might be rich and powerful for a while, they sow the seeds of their own decline. Man can defeat nature, right up to the point when he realizes he broke something he actually needs.

Broke? Or made better?

But why should either man or nature be completely subordinate to the other? Rather than living above nature, or beneath it, a civilization can choose to live in harmony with the natural world. True harmony with nature is something no humans have achieved, but we’re a smart species. We’re capable of solving problems. Especially the ones we caused. Maybe someday in the future there will be a civilization that can truly only take what they need, yet not be slaves to the environment.

The next criterion for classifying a civilization is how it views time. Time is a tricky thing with a lot of different perspectives. To keep things simple, lets say that time can be broken down into three distinct areas: The past, the present, and the future. The value a civilization places on each temporal area can tell us about the values of its people.

Many civilizations place a strong emphasis on the past. For them, ancestors and traditions are the main sources of guidance an inspiration. Societies that hold the past in esteem possess a certain self-security. While things around us are dynamic, the past provides a solid and unchanging foundation.

Other civilizations take a more Carpe Diem approach to time. They place great value on the present, so it is important for the people to live in the moment. Civilizations with this attitude are known for fine art and gourmet meals, and usually some kind of sport. Just like people who shout in YOLO in bars, civilizations that are concerned with the present come across as flakey. No present-loving society will be going to the moon any time soon. People, and civilizations, that don’t plan for the future generally don’t have one.

Wait…Didn’t there used to be an Empire here?

Then there are the civilizations that are obsessed with the future. The people of these cultures have mastered the art of delayed gratification. Lasting greatness takes more innovation than the past can offer, and more planning than living in the moment can provide.

These civilizations are concerned with posterity. While people thousands of years later might marvel at their ruins or be amazed by stories of their accomplishments, civilizations that are too focused on the future face the danger of doing terrible things in the present. And they are more likely to forget the lessons of the past. 2157: It took years of genocide and child labor, but we’re finally the first to land on the…damn.

No matter what they think of time, people of a civilization must decide what to do with their daily lives. What is an ideal pursuit? What are worthy ambitions? What does a person need to be happy? These are all subjective questions, but civilizations can be classified based on two basic answers.

For some civilizations happiness for the citizens comes from within their own selves. They seek knowledge about themselves and their relationship to the world. These civilizations strive for personal development, and place great value on peace and acceptance. Many wise individuals and smart philosophies have risen from this type of civilization. Learning to live with things the way they are is a great way to be happy and productive under just about any circumstance.

Learning to live with things the way they are is also a great way to be stuck in a bad situation. Some civilizations, rather than promoting acceptance, promote doing. For them happiness is tied more to the material world. It is one thing to be happy in a shack, and another thing to turn the shack into a mansion. And then be happy. In lieu of happiness, please accept this even larger house.

People of industrious civilizations want to have something to show for their efforts. This can lead to the acquisition of a great many things. It can also lead to a short-sighted selfishness. It is not uncommon for a striving, industrious people to completely roll over some other folks who were just looking for personal development.

But it’s ok, because they’ll be happy no matter what happens. Win-win!

The last criterion for used to classify a civilization is possibly the most obvious. What is the social structure of the civilization? The social relations of a civilization can be hierarchical, collective, or individualistic.

In hierarchical civilizations a single person, or group of people, is responsible for everyone else. These civilizations have the benefit of stability. A good king, or queen, or whatever other monarch can do wonders for a civilization.

I prefer the title “Archduke.” It doesn’t sound as bossy as, “King.”

Good monarchs can inspire production and loyalty. They make the citizens believe in the civilization, and everything that comes along with it. This is better training.

So instead of having one person in charge, why not have everyone in charge? Some civilizations try to eliminate classes, subjects, and overlords. In these communal systems, everyone is responsible for everyone else. These kinds of systems work great in small populations where everyone grew up in the same town and knows each other. In small communities, people actually have a stake in what their neighbors are doing.

No burgeoning society wants to see its influence restricted to a single, small population. That’s no way to win the game.

Even communal societies will eventually feel the desire, or the need, to expand. This is where the communal systems show their weakness. When everyone is responsible for everyone else, it takes a remarkably small number of irresponsible people to bring the whole thing crashing down. 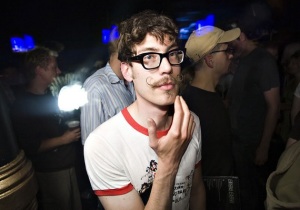 What does it matter if one person doesn’t work?

In an individualistic civilization individuals are responsible for their own selves, within reason. Newborns are not expected to find their own formula. Although that would produce some tough babies!

People in individualistic societies are expected to succeed or fail on their own. Of course, there is help, like schools, roads, and rule of law. Individualistic societies are not anarchies. But if a person fails to take advantage of their own skills or opportunities, the community takes no blame. And if an individual overcomes their disadvantages to achieve success they get all the credit.

Individualistic civilizations produce ambitious people, but there are downsides. It is not a completely fair or level playing field. Yes, some people will rise. But others will fall. Along with ambition for some comes desperation for everyone else.

But that’s their own problem.

Different groups of people have tinkered for thousands of years mixing and matching traits to build the perfect civilization to suit their playing style. Just like building a sandwich at subway.

Wars start when people have to wait in line.

The Values Orientation Theory provides an adequate framework for understanding just about any civilization. But is this an exercise in futility? We can talk about the characteristics of the great and small civilizations for days. In the end, how do we know the only truly important thing isn’t gross domestic product?