What Humans Leave Behind

Asia, Europe, and the Middle East are all the cesspits of civilization. This might sound like a controversial statement, and I suppose it is, but it is not controversial with aims to harm or offend. It is merely the truth, which is often more controversial than the wildest fictions. 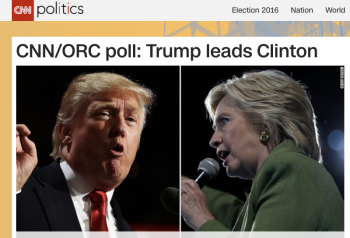 Humans, like all organisms, consume resources and leave waste behind. Coral eats little bits from the sea and leaves behind a reef. Plants consume carbon dioxide and leave behind oxygen. Humans consume all sorts of things, but leave only one thing behind. Wherever humans have been for a long time, you will find a wasteland. Even the most culturally significant relics, and the most astonishing ruins, are nothing more than glorified garbage heaps.

This landfill is a UNESCO World Heritage Site.

But Humans are different from all the other creatures. Not only do we consume material things like food, water, and stone. Humans are great consumers of spiritual resources as well. These are more esoteric things, like faith or courage. If these things are real, are they also finite? If these resources are limited, just like everything else, what happens when we use them up?

Humans consume and leave ruins behind. Eventually, we have to move on. Not just because we have used up the water or salted the earth, but because we consume the very soul of the land. We eat up all the hope and poop out despair. Get a million people do to this for ten thousand years, and you end up with a very bleak landscape indeed.

And a great deal on timeshares!

The real kicker is there is nothing we can do about this. We can be more efficient with our material resources. We can use low-flow toilets, fuel-efficient cars, and all sorts of other hyphenated-technology. But you can’t stop a person from getting their hopes up, and you can’t stop the fallout of disappointment this will leave behind. Good spirits are fleeting, while bad spirits can linger for generations.

Asking humans not to leave ruins behind, spiritual or otherwise, is like asking termites not to eat wood, or asking stars not to burn hydrogen. It just ain’t gonna happen. At least not without making us not human anymore.

“We thought we had eliminated humanity’s flaws. Then the robot started playing soccer…

The only way forward is to stay away from deep involvement in the Old World. Of course, help people when you can, but don’t waste too much effort trying to revive the wasteland. Don’t try to restore what is already in ruins. It will only ruin you, too.

← The Secret Horcrux
A Challenge to Take This Seriously →